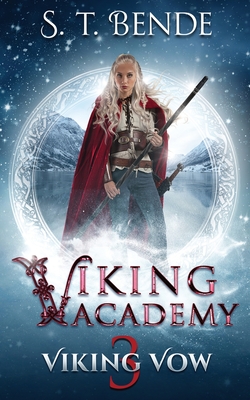 The thrilling conclusion to the bestselling series from S.T. Bende.

Saga Sk nstad knows three things to be true: (1) She's trapped a thousand years in her past; (2) She's in love with the heir to the unconventional Valkyris clan; and (3) A vitriolic Viking is hunting her new family . . . and he won't back down until he's claimed their entire world.

With their enemies closing in, Saga and Erik undertake the near-impossible task of raising an army strong enough to defeat their fearsome foes. If they fail, it will mean the fall of Valkyris, the death of their clansmen, and an era of unimaginable darkness. With her new world on the line, Saga will do anything to protect the home she's come to love . . . even if it costs her the life she never could have imagined.