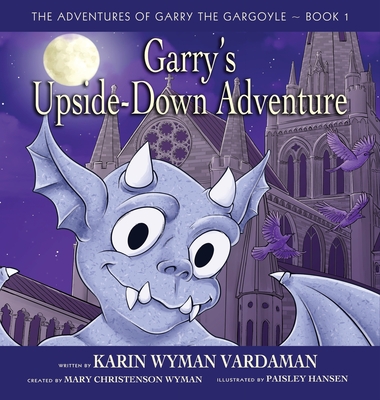 By Karin Wyman Vardaman, Paisley Hansen (Illustrator)
$21.95
Available to Order - Usually Arrives in Our Store in 4 to 7 Days

﻿After five hundred and two years of living UP on an ancient cathedral in the middle of a modern city, Garry the Gargoyle decides it's time to explore the world of DOWN-but, being DOWN instead of UP isn't what Garry imagined it would be The bustling town of Shamlaigh is full of harrowing challenges including a giant pony-dog, a bossy cat, and scary bug people Fortunately, Garry finds refuge in the Garden of Friends, where his enchanting tales of times long ago come to life.