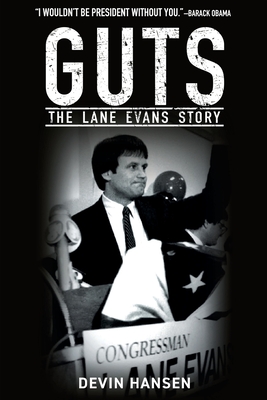 Lane Evans was arguably one of the most progressive members of the U.S. Congress during his 12-term tenure in a Midwestern swing district. In Guts: The Lane Evans Story, author Devin Hansen explores Lane's career as a man who had the guts to vote his conscience rather than what was politically expedient, and chronicles his fighting spirit during those final years enduring Parkinson's disease. In Hansen's telling, Lane is proof that a politician can be truthful and idealistic - and still win.

Lane Evans earned widespread respect from both sides of the aisle for his honesty, intelligence, and relentless commitment to veterans' issues and his constituents. Lane passed in 2014 from complications brought on by Parkinson's, but his life and legacy endure in these pages.