Grey Dawn: A Tale of Abolition and Union (Paperback) 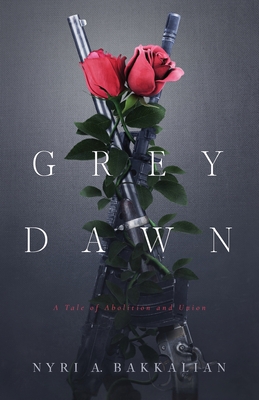 Grey Dawn: A Tale of Abolition and Union (Paperback)

I had a moment's indecision-a stab of worry.

The year is 1862. Driven by a leading from the Spirit, Chlo Parker Stanton leaves the woman she loves to enlist in the Union Army and fight for abolition in war as she has in the streets of Philadelphia. At home, her lover, Leigh Hunter, eagerly awaits Chlo 's letters, anxious to hear of her survival without discovery, for women are not allowed to wear the Union blue.

Three days after Gettysburg comes the news: the Seventeenth Pennsylvania Cavalry has survived, but Chlo Stanton is missing, presumed dead.

The year is 2020. Sergeant First Class Leigh Hunter came of age during her seventeen-year stint in uniform. Since childhood, she'd been drawn to the Army in search of something, all the while fighting her inner truth as a trans woman. After her final combat tour, Leigh left the military a decorated combat veteran and finally transitioned. She was quickly recruited by the Joint Temporal Integrity Commission: a new, secretive government agency tasked with intercepting temporal refugees and integrating them into present-day society.

Two years after joining the JTIC, Leigh is entrusted with a special assignment: personal custody of a Pennsylvania cavalry soldier from three days after Gettysburg.

Grey Dawn is a tale of war, abolition, union, and women who forge ties that carry them from one life into the next. When the grey dawn breaks on a new era and a new cause, who can you trust to fight beside you?﻿