Bad Boys Do It Better 4: In Love With an Outlaw (Paperback) 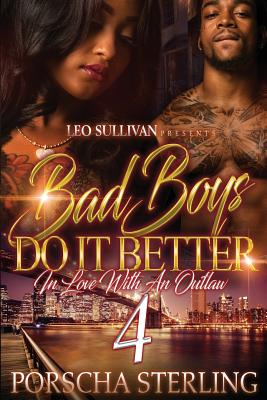 Bad Boys Do It Better 4: In Love With an Outlaw (Paperback)

Decide to fall in love with an Outlaw for the final time...

Janelle's lack of experience with the street life has created a rift between her and Luke. But the more she thinks about all the changes that have come about after becoming his official girl, the more she wonders if she really likes the woman she's becoming with him in her life. When she makes a decision that drives an even bigger wedge between them, they both prove to be too stubborn to come to terms with the feelings they still have for each other. Will Luke swallow his pride and change his ways to earn the trust of the only woman he wants in his life?

Carmella comes out of rehab a new woman ready to get her life back on track. One of the main parts of her life that she wants to get in order is her relationship with Cree. Unfortunately... he's not interested and Carmella is crushed. After all the mistakes that she's made, will she be able to prove to Cree that she's still the woman he fell in love with? And if he does finally see that she's changed, will it be too little too late?

After witnessing the savage side of Yolo that she's never seen before, Sidney decides it's best to push herself to move on. With her own deep, dark secret that she's been keeping from him, she doesn't want to be the next one murdered in cold blood due to Yolo's fury if he ever found out. But after being in love with him for nearly her entire life, is it possible that she will even have the strength to really let him go? When tragedy strikes and another life is taken unexpectedly and suddenly, the only ones Sidney and Yolo have are each other. Will this tragic event show them that it's time to put the games behind them and focus on loving each other?