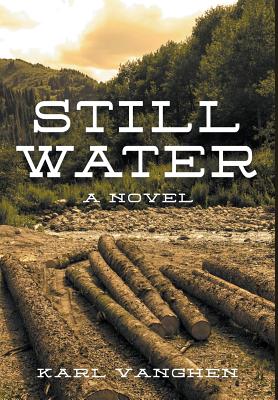 Julian Wren lost a leg while fighting the Rebs in the Civil War. Wrapped in confusion, his long walk home to Minnesota offers only indecision about his future. His home has changed, as has the woman he intended to marry, leading him to strike off into unfamiliar territory.

On the first day out, he meets a teamster, Sarah Kenyon, who offers him a ride into Stillwater, a lumbering town on the Saint Croix River. With trust on her side, Julian accepts a room in her house that was vacated by her husband, three years missing.

He obtains work at the state prison, where he encounters a traveling doctor who designs him a wooden leg. As the Minnesota Indian war looms, romance begins its intricate workings, and love blossoms between Julian and Sarah.

Julian is sent to recover an escaped Indian from a lumber camp in Wisconsin, a task that nearly costs him his life. Back in Stillwater, as the Civil War nears its end, Sarah's husband returns, and Julian takes lodging inside the prison. Unable to dismiss their love for one another, Julian and Sarah struggle unsuccessfully to reunite, but her husband plots to end their clandestine affair once and for all.

About the Author: A lifelong native of St. Paul, Minnesota, Karl Vanghen became an avid reader at an early age. He married his high school sweetheart, served aboard the U.S.S. Wisconsin during the Korean conflict, and pursued a career in graphic arts. This is his eighth published work.