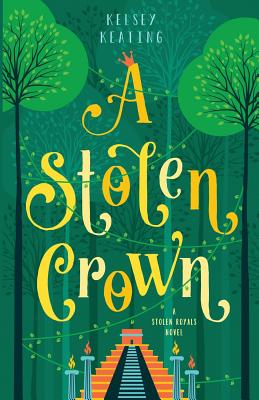 This is book number 2 in the Stolen Royals series.

A stolen crown. An unbreakable friendship. One big mess in the making.

When Princess Cecily Degalt travels south to wed a prince she's never met, she's ushered into a strange new world alongside her best friend and bodyguard, Rory Castille. With an MIA fianc , his handsome twin brother, and a kidnapping gone wrong, life in Myrzel isn't quite what Cecily expected.

Rory will do anything to keep Cecily from harm--but when Rory's darkest secret comes between her and Cecily, the greatest danger to the princess might be Rory herself.

Torn apart for the first time, each girl will have to think like the other as she faces not only the darkness of Fangralee Forest, but a dangerous enemy closer to home.

A Stolen Crown is the second novel in the Stolen Royals series - a tale of magic, intrigue, and the power of true friendship.