The Burn Patient: A Vega and Middleton Novel (Paperback) 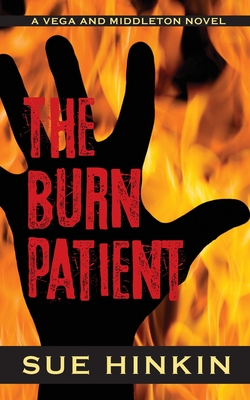 The Burn Patient: A Vega and Middleton Novel (Paperback)

Lucy thought she'd seen her uncle's murderer die in Guerrero. He was incinerated in a Jeep explosion while trying to put a bullet through her head. She didn't know officials had never found the body.

As Mercer continues to recover from traumatic burn injuries, with the help a stunning sociopathic transvestite with a penchant for sewing roadkill, he must also fight to claim undisputed leadership of the black tar heroin cartel which has been badly shaken by the death of its long-time jefe, General Luis Alvarez.

As Bea's daughter sneaks off to audition for the music video that will result in her ruin, Mercer's henchmen start a brush fire on Lucy's Malibu ranch. She and Bea struggle to save Alyssa, the ranch, and end Mercer's reign of terror before it's too late.