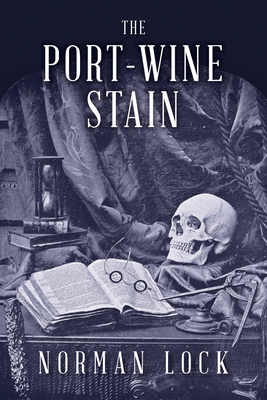 In his third stand-alone book of The American Novels series, Norman Lock recounts the story of a young Philadelphian, Edward Fenzil, who, in the winter of 1844, falls under the sway of two luminaries of the nineteenth-century grotesque imagination: Thomas Dent M tter, a surgeon and collector of medical "curiosities," and Edgar Allan Poe. As Fenzil struggles against the powerful wills that would usurp his identity, including that of his own malevolent doppelg nger, he loses his mind and his story to another.

The Port-Wine Stain is a gothic psychological thriller whose themes are possession, identity, and storytelling that the master, Edgar Allan Poe, might have been proud to call his own.

Norman Lock is the award-winning author of novels, short fiction, and poetry, as well as stage and radio plays. He has won The Dactyl Foundation Literary Fiction Award, The Paris Review Aga Khan Prize for Fiction, and has been longlisted twice for the Simpson/Joyce Carol Oates Prize. He has also received writing fellowships from the New Jersey State Council on the Arts, the Pennsylvania Council on the Arts, and the National Endowment for the Arts. He lives in Aberdeen, New Jersey, where he is at work on the next books of The American Novels series.