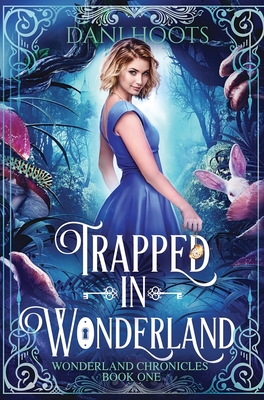 Never did Meredith "Alice" Hughes expect to stumble upon a portal to another world in some boy's locker, and that portal leading to Wonderland. After something shoves her through, she runs into her classmates and discovers that they are characters from Lewis Carroll's "Alice's Adventures in Wonderland". They make her forget everything she saw, but that doesn't mean she is out of trouble yet. The White Rabbit has other plans for her as he sneaks into her hometown of Salem, Oregon and tries to kill her before she can stop the evil taking over Wonderland.

But just before he succeeds, the Cheshire Cat saves her and takes her back to Wonderland.

Except now she is stuck in the fantasy world and has to fight the Cirque de R ves, a group led by Morpheus that is trying to take over Wonderland. However, it's not just Wonderland that is in trouble, but also the people in her world as each citizen in Wonderland represents a human's dream. Can Alice overcome her fears and insecurities to defeat Morpheus? Or will he be able to lock her away in darkness forever?