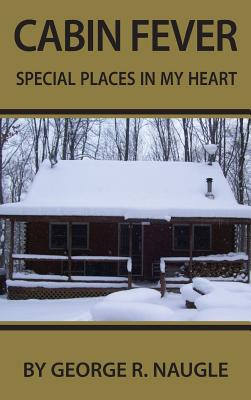 George Naugle has been hunting and fishing since the early 1950s. In those days, he was mentored by a couple of neighbors, one of whom owned a hunting camp in northern Pennsylvania. That hunting camp bug bit him hard, and it has been a lifetime desire to hunt out of a camp rather than drive to a hunting location every day. This book chronicles his quest in that regard.

His first hunting camp, Camp Bucktail, turned out to be somewhat primitive. The current addition, Camp Rip-N-Tear, is more modern. It has running water, a shower, and even a flush toilet. Still, the memories engendered by that first camp are strong, and just as much a part of him as those from the current locale.

This book is not like his other LUCKIEST HUNTER books. This one will tell some tales of hunting and fishing, but they will be centered in the locations of two hunting camps. Do not expect hunting trips to wild and wooly places or exotic lands herein. You will meet some of George's hunting buddies on these pages. The guys who hunted with him at Camp Bucktail, and also those who are part of the Camp Rip-N-Tear stories, and his grandson Seth (his hope for carrying on the family hunting tradition), are a huge part of these memories.