Lighter Than My Shadow (Paperback) 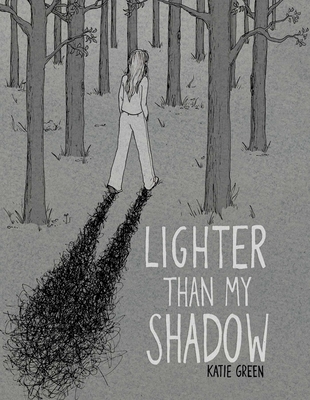 Lighter Than My Shadow (Paperback)


Available to Order - Usually Arrives in Our Store in 4 to 7 Days
"A gripping graphic novel about a woman's battle with eating disorders." — The Guardian

Like most kids, Katie was a picky eater. She’d sit at the table in silent protest, hide uneaten toast in her bedroom, listen to parental threats that she’d have to eat it for breakfast. But in any life, a set of circumstances can collide, and normal behavior can soon shade into something sinister, something deadly.

Lighter Than My Shadow is a hand-drawn story of struggle and recovery, a trip into the black heart of a taboo illness, an exposure of those who are so weak that they prey on the weak, and an inspiration to anybody who believes in the human power to endure and to eventually find happiness.
"Many artists claim to have been saved by their craft. But Katie Green's searing memoir of a young life dogged by eating disorders feels special."
— The Guardian

"It’s a gripping memoir that survivors can relate to, and one that will produce a greater degree of empathy and understanding in those who have little experience with the subject."
— Foreword Reviews (starred review)

"Lighter Than My Shadow is the eating disorder memoir you’ve been waiting for."
— National Eating Disorders Assocation

"Lighter Than My Shadow reveals the long-lingering anguish people in recovery secretly live through while friends and family assume (or hope) that everything is again okay."
— Amazon Book Review