Animals Eat Each Other (Paperback) 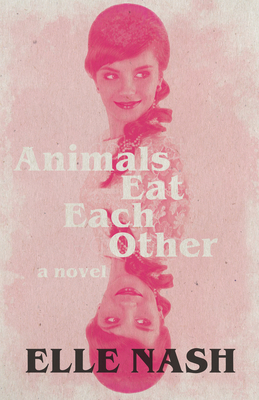 Animals Eat Each Other (Paperback)


On Our Shelves Now
Nash writes with psychological precision, capturing Lilith's volatile shifts between directionless frustration, self-destructiveness, ambivalence, and vulnerable need. A complex, impressive exploration of obsession and desire. -Publishers Weekly (starred review)
In this stunning and powerful debut, a girl with no name embarks on a fraught three-way relationship with Matt, a Satanist and a tattoo artist, and his girlfriend Frances, a new mom. The liaison is caged by strict rules and rigid emotional distance. Nonetheless, it's all too easy to surrender to an attraction so powerful she finds herself erased, abandoning even her own name in favor of a new one: Lilith. As Lilith grows closer to Matt, she begins to recognize the dark undertow of obsession and jealousy that her presence has created between Matt and Frances, and finds herself balancing on a knife's edge between pain and pleasure, the promise of the future and the crushing isolation of the present. With stripped-down prose and unflinching clarity, Nash examines madness in the wreckage of love, and the loss of self that accompanies it.
Elle Nash is a founding editor of Witch Craft Magazine and a fiction editor at Hobart Pulp. Her work has been featured in Cosmopolitan, Elle, NAILED, Reality Beach, Hobart, and other places. She was a member of the Denver Press Club and now lives in Arkansas. Occasionally she reads tarot in exchange for money.