Flight Path: A Search for Roots Beneath the World's Busiest Airport (Paperback) 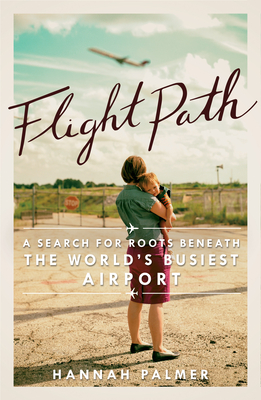 Flight Path: A Search for Roots Beneath the World's Busiest Airport (Paperback)


Available to Order - Usually Arrives in Our Store in 4 to 7 Days
In the months leading up to the birth of her first child, Hannah Palmer discovers that all three of her childhood houses have been wiped out by the expansion of Atlanta's Hartsfield-Jackson International Airport. Having uprooted herself from a promising career in publishing in her adopted Brooklyn, Palmer embarks on a quest to determine the fate of her lost homes--and of a community that has been erased by unchecked Southern progress. Palmer's journey takes her from the ruins of kudzu-covered, airport-owned ghost towns to carefully preserved cemeteries wedged between the runways; into awkward confrontations with airport planners, developers, and even her own parents. Along the way, Palmer becomes an amateur detective, an urban historian, and a mother. Lyrically chronicling the overlooked devastation and beauty along the airport's fringe communities in the tradition of John Jeremiah Sullivan and Leslie Jamison, Palmer unearths the startling narratives about race, power, and place that continue to shape American cities. Part memoir, part urban history, Flight Path: A Search for Roots beneath the World's Busiest Airport is a riveting account of one young mother's attempt at making a home where there's little home left.