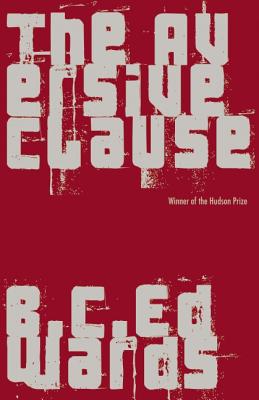 
Email or call for price. Handling fee may apply.
Fiction. Every story in THE AVERSIVE CLAUSE has its own unique world: the quiet moments of a couple's destruction as one inexorably turns into a monster, a girl trapped in a tree at the end of the world, acrobats hired to tumble at an oil tycoon's birthday, an entire city come to life to terrorize a dwarf.
B. C. Edwards: B.C. Edwards is the author of the forthcoming novella 'knucklebone' and is the prose and audio editor at Pax Americana. He received his MFA from The New School. He is a regular contributor to BOMBlog, FAQNP and the Brooklyn Review. His most recent work can be found in Red Line Blues, LyreLyre, The Sink Review, Food-i-corp as well as Hobart which nominated him for a 2012 Pushcart. His short story "Illfit," is being adapted into a piece by the Royal Ballet of Flanders. He is also a Literary Death Match champion and has the medal to prove it.