The Last Chronicle of Barset (Hardcover) 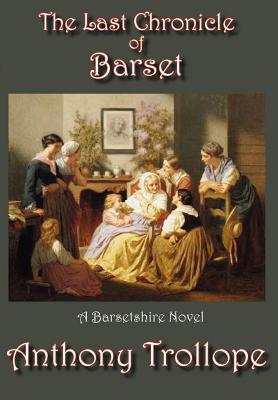 By Anthony Trollope
$29.95
Available to Order - Usually Arrives in Our Store in 4 to 7 Days

The Last Chronicle of Barset (1867) by Anthony Trollope is one of the charming series of loosely connected novels set in Barsetshire. This is the sixth and final book to appear in the series, but may be read as a standalone work, and enjoyed on its own merits.

A deeply impoverished clergyman, the Reverend Josiah Crowley, Perpetual Curate of Hogglestock, is unfairly accused of stealing a cheque. This accusation of theft resonates upon his family, in particular his daughter Grace whose marriage prospects are compromised. Much of Barsetshire is consumed with gossip and speculation before Crowley's perfect innocence is revealed and his reputation restored.