The Ides of March (Paperback) 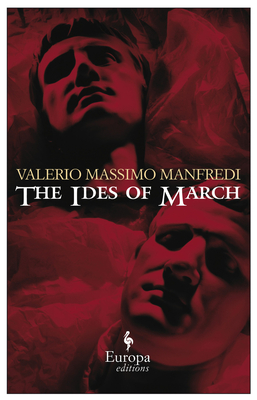 The Ides of March (Paperback)


Available to Order - Usually Arrives in Our Store in 4 to 7 Days
From the pen of the international bestselling author of The Last Legion comes a new political thriller set during the tempestuous final days of Julius Caesar's Imperial Rome.

It is March in the year 44 BC. The Roman Empire stretches from modern-day Syria in the east to the Atlantic Ocean in the west. Gaius Julius Caesar, Pontifex Maximus, dictator in perpetuity, indomitable military leader who has subjected much of the known world to Roman law, is fifty-six years old. He is at the height of his power; his reign is supreme and his reach immense. Or so it appears. In truth, Caesar is exhausted and ill, trapped in the prison of his own nightmares. His divine missions—to end the bloody season of fratricidal wars, to reconcile warring factions, to singlehandedly save Roman civilization—may be too great for one man.

The tide is turning against Caesar and there are those who conspire against him. They accuse him of being a tyrant. They say that when he dissolved the alliance with Pompey the Great at the river Rubicon, he put an end to liberty within the Republic. Caesar has resisted the attempts of his betrayers to bring him down; still, he cannot resist forever. His power is being drained and it seems that nothing can save him, not Publius Sextius—his most loyal centurion and comrade, who is racing toward Rome in an attempt to prevent his assassination—or his devoted wife, Calphurnia; not even the attentions of his lover Servilla.

The soothsayer's prophecies will out and when the Ides of March have passed, the world will have changed forever.
Valerio Massimo Manfredi is an archeologist and scholar of the ancient Greek and Roman worlds. He has taught at a number of prestigious universities in Italy and abroad and has published numerous articles and essays in academic journals and other publications. He also writes fiction: he has published sixteen novels which have won important literary awards and have sold a total of twelve million copies throughout the world. His Alexander trilogy has been translated into 38 languages and published in 62 countries and the film rights have been acquired by Universal Pictures. He has also written screenplays for film and television, has contributed journalistic articles to many magazines in Italy and abroad, and has written and conducted cultural programs and television documentaries for important international producers. His novel The Last Legion was made into a film starring Colin Firth and Ben Kingsley and directed by Doug Lefler.