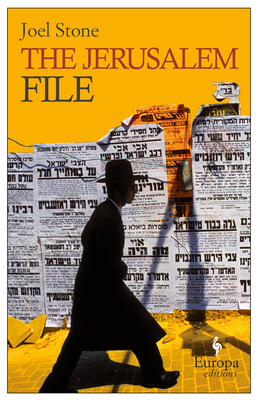 
Title unavailable, please email for information.
Jerusalem, that most historic of cities, is seething with its legacy, the futile attempt to determine the future by reenacting past injustices.

Except for that memorable period in France, Levin has been here for most of his adult life. Retired now from the security services, he lives alone a few streets away from his wife, continents away from his children. Adrift, Levin agrees to follow his friend’s wife and discover her secret lover. Unlike suicide bombings, which strike him as incomprehensible, the assignment engages him as one that can be measured and possibly solved.

As Levin watches the woman, Deborah, he begins to assess her as a potential lover might. And when the man her husband believes to be her paramour is murdered and Deborah, in desperation, turns to him with an unexpected request, his own moral universe becomes as conflicted as the struggle between Arab and Jew for the fate of the fabled city.
Joel Stone was born in Brooklyn. He graduated from Princeton University and was a Fulbright Scholar at the Sorbonne. His first novel, A Town Called Jericho, was published in 1992 and nominated for a Pulitzer Prize. He died in 2007 and is survived by his wife, the poet Dorothy Stone.