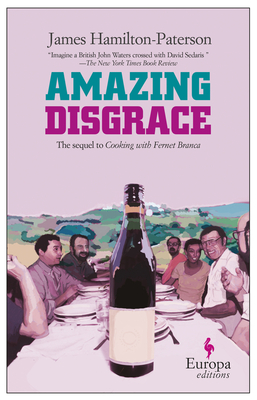 
Email or call for price. Handling fee may apply.
"The fun is in Hamilton-Paterson's offhand observations and delicate touch in handling his two unreliable misfits as they find each other--and there's lots of it."—Publishers Weekly

Set both in Tuscany and in the trendy haunts of London, this is the hilarious sequel to Cooking with Fernet Branca. The inimitable Gerald Samper is back, with his musings on the absurdities of modern life and his entertaining asides during which he comments on everything from publishing to penile implants, celebrity sportswomen to Australian media moguls. Plus his marvelously eccentric recipes. A smart literary romp featuring a cavalcade of misadventures and memorable characters.
James Hamilton-Paterson lives and works in Italy. He is the author of several novels, including Loving Monsters and Gerontius, winner of the Whitbread Best First Novel Award in 1989, a collection of essays dedicated to the lost grandeur of the sea entitled Seven-Tenths, and several non-fiction books including America’s Boy, a study of Ferdinand Marcos and the Philippines. He is also the author of two books of poetry and a regular contributor to Granta.