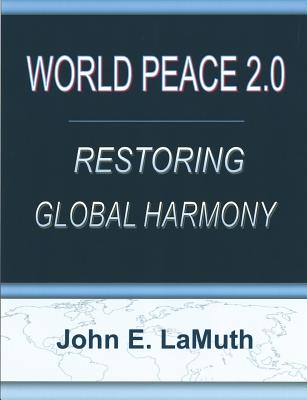 The current book release, World Peace 2.0: Restoring Global Harmony introduces a master mediation system for themes of an ethical/emotional nature, whereby promoting key insights towards advancing global peace and harmony. This all-inclusive ethical system incorporates each of the major groupings of virtues, values, and ideals specified within the Western ethical tradition. Many of these virtuous traditions have historically been invested with religious overtones, an aspect that generally has been downplayed within today's modern secular culture. The current master mediation system proposes to remedy this crucial oversight, advancing a behaviorally-based system of moral classification consistent with behavioral science. This technical breakthrough has recently been made feasible through the introduction of the new science of Powerplay Politics, an all-inclusive synthesis of the behavioral dynamics characterizing emotionally-charged language in general. The key insights to this newly proposed ethical system arises as a direct outcome of the fledgling science of Communication Theory, borrowing the crucial concept of the metaperspective. It is defined as a higher-order perspective on the viewpoint held by another: schematically defined as "this is how I see you-seeing me." The higher-order groupings of virtues/values accumulate as subsets within this hierarchy of metaperspectives, each more abstract grouping building upon that which it supersedes. Take, for example, the cardinal virtues (prudence, justice, temperance, and fortitude), the theological virtues (faith-hope-charity-decency), and the classical Greek values (beauty-truth-goodness-wisdom). Each of these traditional groupings is further subdivided into four subordinate terms permitting precise point-for-point stacking within the hierarchy of metaperspectives. When additional listings of ethical terms are further added to the mix: namely, the civil liberties (providence-liberty-civility-austerity), the humanistic values (peace-love-tranquility-equality), and the mystical values (ecstasy-bliss-joy-harmony), the complete ten-level hierarchy of virtuous terms emerges in full detail. This cohesive hierarchy of virtues, values, and ideals proves exceedingly comprehensive in scope, accounting for virtually every major term celebrated in the Western ethical tradition. Furthermore, this ethical hierarchy mirrors the specialization of personal, group, spiritual, humanitarian, and transcendental realms within human society as a whole (as further specialized into authority/follower roles). Far from remaining a purely academic exercise, this all-inclusive ethical system addresses many issues of crucial import to modern global culture. For instance the realm of hyperviolence is examined in Part III, proposing critical applications towards reducing political conflict and global international terrorism, whereby offering timely insights into the intractable conflicts facing modern culture today. Further inroads into information technology are addressed in Part IV: most notably, a discussion of a patented simulation for ethical artificial intelligence #6587846. Here the schematic dynamics of the ethical system prove amenable to programming directly into a computer platform, providing an intriguing new foundation for moral computer safeguards. Perhaps the greatest potential for this break-through ethical technology resides in its all-inclusive nature, accounting for virtually every major tradition of ethics on the world scene today. Indeed, based upon a limited number of elementary assumptions; namely, the principles of instrumental conditioning and the concept of the meta-perspective, this ascending hierarchy of stepwise transformations ultimately accounts for the entire 400-part complement of ethical terms. More at: www.worldpeace2.com