He Got Me: Jalen (Paperback) 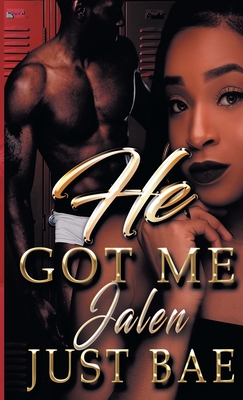 He Got Me: Jalen (Paperback)

When Jalen Wilson returned to his hometown from his summer vacation, the only thing on his mind was relaxing before going back to teaching. However, that all changes when he runs into his curvy former student at a local coffee shop. Instantly, Tanisha finds herself drawn to him like a moth to a flame and turning him out will be unlike anything she's ever done.

Will Tanisha set aside her naughty thoughts and think straight?

Tanisha has always been curious about her old English teacher, Jalen Wilson. In class, she would have to remind herself that he was in charge. She could have anyone she wanted, but never thought she would have something for Mr. Wilson. But now that high school is over, and Jalen isn't her teacher, there are new boundaries.

Will these two resist temptation, or will their desires lead into uncharted territories where the sky's the limit?