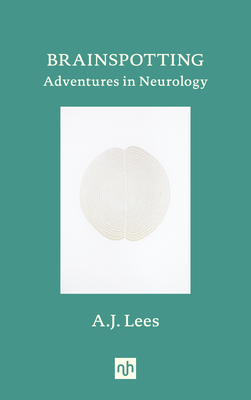 
Available to Order - Usually Arrives in Our Store in 4 to 7 Days
For fans of Oliver Sacks and Henry Marsh, a glimpse into the fascinating world of modern neurology by a leading expert in the field.

As a trainee doctor, A. J. Lees was enthralled by his mentors: esteemed neurologists who combined the precision of mathematicians, the scrupulosity of entomologists, and the solemnity of undertakers in their diagnoses and treatments. For them, there was no such thing as an unexplained symptom or psychosomatic problem—no difficult cases, just interesting ones—and it was only a matter of time before all disorders of the brain would be understood in terms of anatomical, electrical, and chemical connections.

Today, this kind of “holistic neurology” is on the brink of extinction as a slavish adherence to protocols and algorithms—plus a worship of machines—runs the risk of destroying the key foundational clinical skills of listening, observation, and imagination that have been at the heart of the discipline for more than 150 years.

In this series of brilliant, insightful, and autobiographical essays, Lees takes us on a kind of Sherlock Holmes tour of neurology, giving the reader insight into—and a defense of—the deep analytical tools that the best neurologists still rely on to diagnose patients: to heal minds and to fix brains.
A.J. Lees is a professor of neurology at the National Hospital, London. He is the recipient of numerous awards, including the American Academy of Neurology Lifetime Achievement Award, the Association of British Neurologists' Medal, the Dingebauer Prize for outstanding research, and the Gowers Medal. He is one of the three most highly cited Parkinson’s disease researchers in the world. He is the author of several books, including the Notting Hill Editions titles Mentored by a Madman and Brazil That Never Was.
"A fascinating and riveting book. A.J. Lees is that rare phenomenon: a literary stylist of the first rank who combines a fine aesthetic sensibility with deep scientific knowledge... After reading this book, you will never feel the same about the words mind, body and soul." —Andrew Hussey

“An exceptional compendium of marvellous phenomena that can captivate the imagination of students and neurologists to this day. . . . Lees’ writing style combines anatomical precision with ethereal poetry, which is reflected in his practice and teachings. . . . Brainspotting is a vibrant testimony of Lees’ love for clinical neurology, the value of observation in a world of randomised trials, and a melancholic battle cry against hasty, profit-driven, virtual, touchless, ‘scan-negative’ medicine. The book reminds us that the art of clinical neurology allows for remarkable discoveries nearly everywhere, provided that our senses remain open and clear.” —The Lancet

“The inevitable comparison of Lees with the late, great Oliver Sacks is entirely just.” —Raymond Tallis

“A subtle, brilliant and unputdownable appeal for the place of the human factor in the practise of neurology during the age of fMRI and Google. . . . A remarkable book.” —Robert McCrum