In With Flynn, The Boss Behind the President (Paperback) 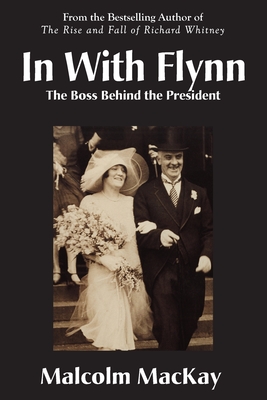 In With Flynn, The Boss Behind the President (Paperback)

"Flynn gave the Bronx a reputation for political independence, intelligence and integrity. It was 'the goo borough', even 'a capital of civilized thought.'"-Allen Nevins (1890-1971), biographer who won two Pulitzer Prizes and pioneered the establishment of the oral history movement.

Mr. MacKay's book underlines the importance that the governatorial administration of Al Smith played as an intellectual and political precursor of the New Deal, and highlights the critical importance of Ed Flynn as both a politician and statesman, as well as vital link between Democratic Party politics and the accomplishment of New Deal policy initiatives. In this time of political drift and anomie, it is a vital reminder of this continuing relationship between politics and statecraft. Portrayal of key players such as Al Smith, Wendell Wilkie, James Farley and Fiarello Laguardia are colorfully and finely etched.

Required reading for the 2020 election.