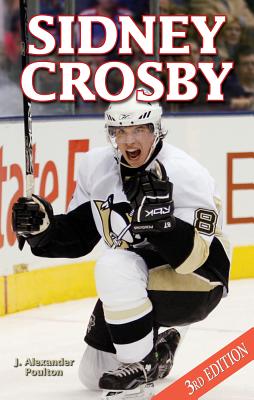 This upstart hockey champion from Cole Harbour, Nova Scotia, has led a seemingly charmed life, garnering awards and firsts since he learned to skate at age three: * He is the captain of the Pittsburgh Penguins--the youngest player in history to be named such -- and has led his team to its first Stanley Cup since 1992 * In his first season Crosby became the youngest player in NHL history to score 100 points in a season * He became the youngest player in NHL history to score 200 points overall * Crosby was the youngest player to win the Art Ross Trophy for the most goals scored in a season in 2007 * After a suffering crushing defeat by the Red Wings in 2008, Captain Crosby led his Penguins through a tough season, an intense playoff and past those same Red Wings in the finals to win the 2009 Stanley Cup Championship, but they could not repeat in 2010 * A collective cheer went up from an entire country when Crosby scored in overtime of the gold medal game at the 2010 Vancouver Olympics to help Canada to its 14th gold, a record number of gold medals by any country in the history of the Winter Games.

J. ALEXANDER POULTON is a writer, photographer and genuine sports enthusiast. He's even willing to admit he has ''called in sick'' during the broadcasts of major sports events so that he can get in as much viewing as possible. He has earned his BA in English literature and his graduate diploma in journalism.