Coming Down the Mountain: Rethinking the 1972 Summit Series (Paperback) 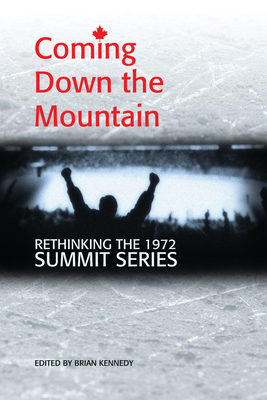 By Brian Kennedy (Editor)
Email or call for price. Handling fee may apply.
Special Request - May Not Be Available

A comprehensive look at the 1972 Canada-USSR Hockey series and the way that Canadian mythology has been built around it, including essays on topics such as the impact of the summit series on the development of women's hockey, an analysis of media perspectives from the series and how the summit series helped to form Canada's identity abroad. This collection will be written in accessible prose, allowing it to read and enjoyed by a devotee of the game who is not an academic.

Brian Kennedy's prior books include Growing Up Hockey and Living the Hockey Dream, and he has contributed to the hockey anthology, Now is the Winter: Thinking about hockey. He has also appeared in the documentary film, Hockey: More Than a Game, which was screened on PBS stations in the United States during 2012. Brian Kennedy is also Associate Professor of English at Pasadena City College.