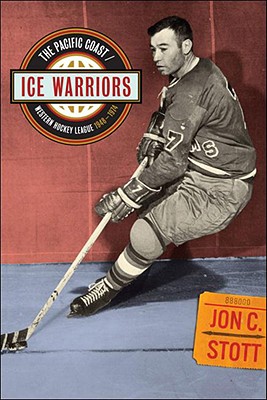 By Jon C. Stott
$9.95
Special Request - May Not Be Available

Technically it was a minor league, but for hockey fans west of the Mississippi, the Western Hockey League provided major-league entertainment for over 25 years. The WHL was a determined and ambitious professional league, with some 22 teams based in major American and Canadian cities. Known as the Pacific Coast Hockey League prior to 1952, the WHL aspired to establish itself as North America's second major league, a western counterpart to the early eastern Canada-based National Hockey League. But it never quite managed to make the jump to the majors. Ice Warriors is a play-by-play history of the Western Hockey League, recalling the league's beginnings as the Pacific Coast League, how it came to rival the NHL and what led to its disbanding in 1974. By interviewing former players, coaches and fans, and examining statistical records, Jon C. Stott captures the WHL's glory days and pays tribute to a time when hockey was played with heart.