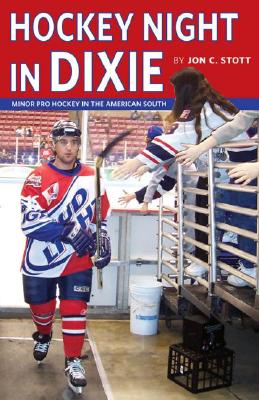 During the 1980s, the geography of minor-league professional hockey changed radically, moving from its roots in the Canadian Maritime provinces, New England and the Midwestern states into the American south. In addition to cities like Dallas, Charlotte, Norfolk and Oklahoma City, which had long traditions of minor-league hockey, unlikely places such as Biloxi, Baton Rouge, Little Rock and Augusta hosted teams. Over an 18-year period, minor-league hockey was played in 72 different southern cities, and at one point there were more minor-league teams in Texas than in all of Canada, making Texas the place where many players learned their hockey skills. Hockey Night in Dixie examines this phenomenon with an historical overview of the period, including interviews with people involved in the founding and early years of each of the 13 leagues. There are also in-depth portraits of four teams, one from each of the four lower minor leagues that played during the 2005-06 season. These portraits feature interviews with owners, coaches, players, officials, fans and reporters. Amply illustrated with photographs, Hockey Night in Dixie paints a vivid picture of this extraordinary development in minor-league sports.