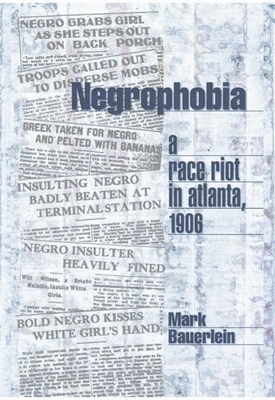 
Available to Order - Usually Arrives in Our Store in 4 to 7 Days
At the beginning of the twentieth century, Atlanta was regarded as the gateway to the new, enlightened and racially progressive South. White business owners employed black workers and made their fortunes, while black leaders led congregations, edited periodicals, and taught classes. But in 1906, in a bitter gubernatorial contest, Georgia politicians played the race card and white supremacists trumpeted a Negro crime scare. Seizing on rumors of black predation against white women, they launched a campaign based on fears of miscegenation and white subservience. Atlanta slipped into a climate of racial phobia and sexual hysteria that culminated in a bloody riot, which stymied race relations for fifty years. Drawing on new archival materials, Mark Bauerlein traces the origins, development and brutal climax of Atlanta's descent into hatred and violence in the fateful summer of 1906. Negrophobia is history at its best--a dramatic moment in time impeccably recreated in a suspenseful narrative, focusing on figures such as Booker T. Washington and W. E. B. DuBois; author Margaret Mitchell and future NAACP leader Walter White; and an assortment of black victims and white politicians who witnessed and participated in this American tragedy.