Washington's Farewell: To His Officers: After Victory in the Revolution (Hardcover) 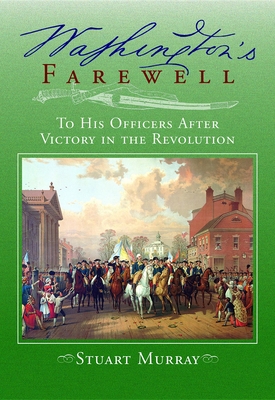 Washington's Farewell: To His Officers: After Victory in the Revolution (Hardcover)


Title unavailable, please email for information.
Stuart Murray has written twelve works of fiction and ten of nonfiction. Murray's nonfiction America's Song, the story of Yankee Doodle, was in Booklist's top ten books on music for 1999 and was awarded third place in the history category as ForeWord Magazine's Book of the Year for 1999. Rudyard Kipling in Vermont was selected a national finalist in Independent Publisher's biography category in 1997. Having served as fiction editor for a leading book producer, Murray has worked on more than twenty historical novels, and with a number of best-selling authors. A journalist, editor, and writer for more than twenty-five years, Murray loves with his family in New York's Hudson River Valley.