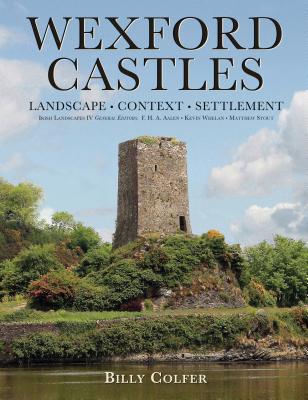 
Email or call for price. Handling fee may apply.
Billy Colfer's Wexford Castles expands his look at the Irish landscape by taking a thematic approach, while still staying loyal to the central landscape focus. Rather than adapting a narrowly architectural approach, he situates these buildings in a superbly reconstructed historical, social, and cultural milieu. County Wexford has three strikingly different regions -- the Anglo-Norman south, the hybridized middle and the Gaelic north -- which render it a remarkable version in parvo of the wider island. Colfer's wide-angle lens takes in so much more than the castles themselves, as he ranges widely and deeply in reading these striking buildings as texts, revealing the cultural assumptions and historical circumstances which shaped them.

The book breaks new ground in exploring the long-run cultural shadow cast by the Anglo-Normans and their castles, as this appears in the Gothic Revival, in the poetry of Yeats and in the surprisingly profuse crop of Wexford historians and writers. While most books on a single architectural form can end up visually monotonous, creativity has been lavished on this volume in terms of keeping the images varied, fresh and constantly appealing. The result is a sympathetic and innovative treatment of the castles, understood not just as a mere architectural form, but as keys to unlocking the mentalite of those who lived in them.