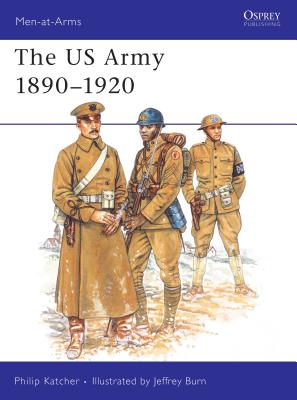 Between 1890 and 1920 the US Army underwent profound changes in organization, function, composition and appearance. The Army was transformed from a small, blue-clad force whose primary weapon was the single-shot rifle, into a mighty host of men dressed in dirt-coloured combat uniforms, using automatic weapons, tanks and aircraft to fight enemies on fields across the world. This book details the Army's developments during its involvement in the Spanish-American War (1898), the Boxer Rebellion (1898-1901), and World War I (1914-1918). Particular attention is given to the evolution of the Army's uniforms, which are illustrated vividly throughout the book.
Philip Katcher was born in Los Angeles, California, to parents involved in the film industry. He was educated at the University of Maryland and served in the US Army in Vietnam. He has also been an active participant in living history activities, especially of the 18th and 19th centuries. He has written a number of books on various periods of US military history and presently is editor/publisher of Military Images magazine.