What Have the Immigrants Ever Done for Us? (Provocations) (Hardcover) 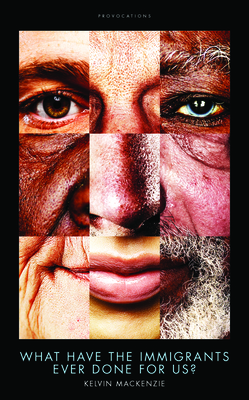 What Have the Immigrants Ever Done for Us? (Provocations) (Hardcover)

Kelvin MacKenzie, once editor of a populist anti-immigrant newspaper, makes the case for welcoming immigration as an asset to the UK, both socially and economically, and argues against the increasingly hysterical anti-migration lobby which has emerged in Britain.

Kelvin MacKenzie is a newspaper editor, broadcaster and media commentator.

Kelvin MacKenzie: Kelvin MacKenzie is a former newspaper editor, broadcaster and media commentator. He was the editor of The Sun newspaper (owned by Rupert Murdoch's News International group) between 1981 and 1994.