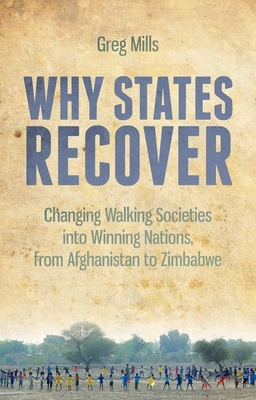 
Available to Order - Usually Arrives in Our Store in 4 to 7 Days
State failure takes many forms. Somalia offers one extreme. The country's prolonged civil war led to the collapse of central authority, with state control devolving to warlord-led factions that competed for the spoils of local commerce, political power, and international aid. Malawi, on the
other hand, is at the other end of the scale. During President Bingu's second term in office, the country's economy collapsed as a result of poor policies and Bingu's brand of personal politics. On the surface, Malawi's economy seemed largely stable; underneath, however, the polity was fractured
and the economy broken. In between these two extremes of state failure are all manner of examples, many of which Mills explores in the fascinating and profoundly personal Why States Recover. Throughout he returns to his key questions: how do countries recover? What roles should both insiders and outsiders play to aid that
process? Drawing on research in more than thirty countries, and incorporating interviews with a dozen leaders, Mills examines state failure and identifies instances of recovery in Latin America, Asia, and Africa. For anyone interested in the reasons behind states' failure, and remedies to ensure
future economic stability, it is important reading.

Greg Mills is director of the Johannesburg-based Brenthurst Foundation. He is widely published on international affairs, development and security, an advisor to African governments, a regular columnist for local and international newspapers, and the author of the best-selling book Why Africa is Poor- and what Africans can do about it.