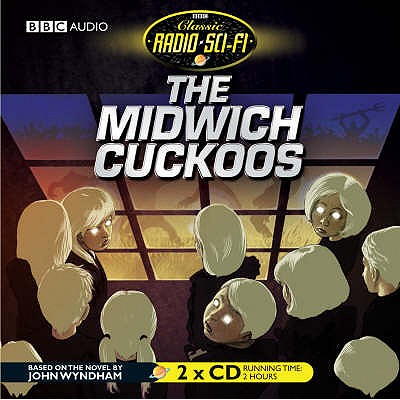 Driving back from a weekend in London, Richard and Janet Gayford are surprised to find the village of Midwich sealed off because of army maneuvers. There are no birds singing, the air seems thick, and there is a strange sort of music in the air. It soon becomes clear that there is an invisible wall around the village, and everyone within the perimeter is unconscious. When the barrier lifts, the strange occurrence is put down to a gas leak. The villagers seem to have suffered no adverse effects from their day out--until, some months later, there is an epidemic of pregnancies among the women. All the babies are born on the same day, all have golden eyes, and they can all communicate with each other telepathically. As they grow older and their powers grow stronger, the people of Midwich begin to feel threatened.

John Wyndham Parkes Lucas Beyon Harris had a variety of careers before becoming an author, but decided to take up writing professionally in 1925. Under several pseudonyms, he wrote numerous short stories for American science fiction magazines. During World War II, he worked in the Ministry of Information before serving in the army, and took part in the Normandy landings. He returned to writing in 1946, using the pen name John Wyndham, and The Day of the Triffids was published in 1951. It was a huge success, and was followed by seven further novels. He died in 1969.