The Sublime Object of Ideology (The Essential Zizek) (Paperback) 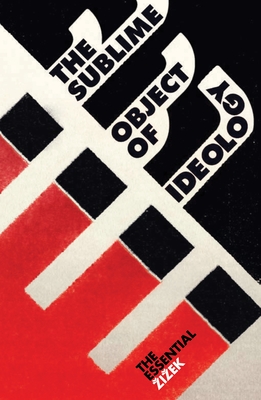 The Sublime Object of Ideology (The Essential Zizek) (Paperback)


Available to Order - Usually Arrives in Our Store in 4 to 7 Days
Slavoj Žižek, the maverick philosopher, author of over 30 books, acclaimed as the “Elvis of cultural theory”, and today’s most controversial public intellectual. His work traverses the fields of philosophy, psychoanalysis, theology, history and political theory, taking in film, popular culture, literature and jokes—all to provide acute analyses of the complexities of contemporary ideology as well as a serious and sophisticated philosophy. His recent films The Pervert’s Guide to the Cinema and Žižek! reveal a theorist at the peak of his powers and a skilled communicator. Now Verso is making his classic titles, each of which stand as a core of his ever-expanding life’s work, available as new editions. Each is beautifully re-packaged, including new introductions from Žižek himself. Simply put, they are the essential texts for understanding Žižek’s thought and thus cornerstones of contemporary philosophy.

The Sublime Object of Ideology: Slavoj Žižek’s first book is a provocative and original work looking at the question of human agency in a postmodern world. In a thrilling tour de force that made his name, he explores the ideological fantasies of wholeness and exclusion which make up human society.
Slavoj Žižek is a Slovenian philosopher and cultural critic. He is a professor at the European Graduate School, International Director of the Birkbeck Institute for the Humanities, Birkbeck College, University of London, and a senior researcher at the Institute of Sociology, University of Ljubljana, Slovenia. His books include Living in the End Times, First as Tragedy, Then as Farce, In Defense of Lost Causes, four volumes of the Essential Žižek, and many more.
“The Elvis of cultural theory.”—Chronicle of Higher Education

“The giant of Ljubljana provides the best intellectual high since Anti-Oedipus.”—The Village Voice

“The most formidably brilliant exponent of psychoanalysis, indeed of cultural theory in general, to have emerged in many decades.”—Terry Eagleton

“Žižek is a thinker who regards nothing as outside his field: the result is deeply interesting and provocative.”—Guardian

“Žižek is one of the few living writers to combine theoretical rigor with compulsive readability.”—Publishers Weekly

“Žižek leaves no social or cultural phenomenon untheorized, and is master of the counterintuitive observation”—New Yorker