On Forgiveness: How Can We Forgive the Unforgiveable? (Paperback) 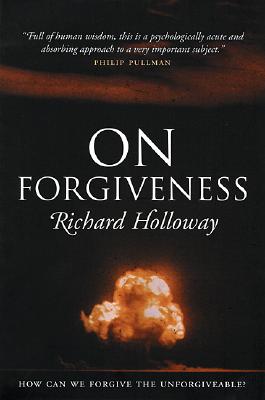 On Forgiveness: How Can We Forgive the Unforgiveable? (Paperback)

Out of Print
In this inspiring work, Richard Holloway tackles the great theme of forgiveness. It is a subject that he explores in the widest context but underpinning this examination is his belief that religion has given us many of the best stories and metaphors for the act. He proceeds to relate forgiveness to such events as September 11th, the Truth Commission in South Africa, and the ongoing conflicts in Palestine/Israel, Northern Ireland and Serbia. On Forgiveness is a discourse on how forgiveness works, where it came from and how the need to embrace it is greater than ever if we are to free ourselves from the binds of the past. Drawing on philosophers and writers of the caliber of George Steiner, Frederick Nietzsche, Jacques Derrida, Hannah Arendt, and Nelson Mandela, Holloway has written another fascinating and timely book.
One of the most outspoken and best-loved figures in the modern church, Richard Holloway recently stood down as the Bishop of Edinburgh. He was Gresham Professor of Divinity in the City of London and remains a Fellow of the Royal Society. He has written for many newspapers in Britain including The Times, the Guardian, the Sunday Herald and the Scotsman and presented his own series on BBC Television. His books include Between the Monster and the Saint: Reflections on the Human Condition, Looking in the Distance, Godless Morality, and Doubts and Loves.