Lords of Chaos: The Bloody Rise of the Satanic Metal Underground (MP3 CD) 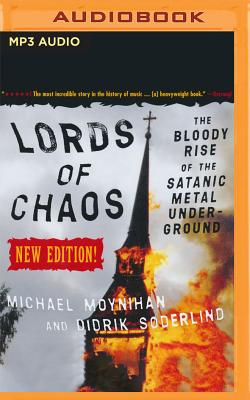 Lords of Chaos: The Bloody Rise of the Satanic Metal Underground (MP3 CD)

"The most incredible story in the history of music...a heavyweight book." (Kerrang )

"An unusual combination of true crime journalism, rock and roll reporting and underground obsessiveness, Lords of Chaos turns into one of the more fascinating reads in a long time." (The Denver Post)

Lords of Chaos focuses on the scene surrounding the extreme heavy metal subgenre black metal in Norway in the early 1990s, with a focus on the string of church burnings and murders that occurred in the country around 1993. A narrative feature film based on this award-winning book has just gone into production.