The Wit and Wisdom of James Bond (Hardcover) 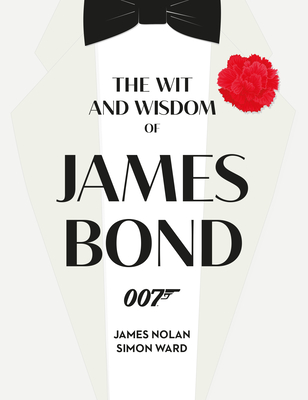 The Wit and Wisdom of James Bond (Hardcover)


Available to Order - Usually Arrives in Our Store in 4 to 7 Days
The most memorable dialogue and witty one-liners from all 25 official James Bond films, quoting 007, M, Q, Moneypenny, Bond villains and more!

“Bond. James Bond.” The iconic line from James Bond’s first big-screen scene has been endlessly quoted and imitated since, and the memorable dialogue and witty one-liners stand alongside the glamorous locations, breath-taking stunts and creative gadgets as one of the many reasons the films are so beloved the world over.

The Wit & Wisdom of James Bond includes the very best quotes, quips and pearls of wisdom from all 25 films. From “Shocking. Positively shocking,” to “Choose your next witticism carefully, Mr Bond. It may be your last,” (Goldfinger) this official book collects the greatest killer one-liners from the world’s most famous “licensed troubleshooter”, as well as M, Q, Moneypenny, Bond villains and more.
Simon Ward is a writer of both fiction and non-fiction. His books include Okja: The Art and Making of the Film, The Art and Making of Alien: Covenant, Aliens: The Set Photography, Making Moon: A British Sci-Fi Cult Classic and Snowpiercer: The Art and Making of the Film. He also wrote the introduction to Modesty Blaise: The Grim Joker and has provided text and other materials for various Blu-rays.

James Nolan is  the author of The Art and Making of The Predator. His essays and articles have appeared in numerous publications, including 1001 Movies You Must See Before You Die, 1001 Comics You Must Read Before You Die and The Greatest Movies You'll Never See.