Out of the Ruins: The apocalyptic anthology (Paperback) 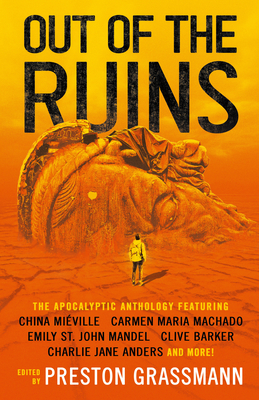 Out of the Ruins: The apocalyptic anthology (Paperback)


Available to Order - Usually Arrives in Our Store in 4 to 7 Days
A fresh post-apocalyptic anthology of 18 stories: the end of the world seen through the salvage and ruins.

WHAT WOULD YOU SAVE FROM THE FIRE?
In the moments when it all comes crashing down, what will we value the most, and how will we save it? Digging through the layers of ruined cities beneath your feet, living in the bombed-out husk of a city, hiding from the monsters on the other side of the wall, can we turn the cataclysm into an opportunity?

Featuring new and exclusive stories, as well as classics of the genre, Grassmann takes us through the fall and beyond, to the things that are created after. Calling on the finest traditions of post-apocalyptic fiction, this anthology asks us what makes us human, and who we will be when we emerge out of the ruins?

Preston Grassmann is a Shirley Jackson Award-nominated editor, writer, and translator. He was born in California and spent part of his life on the same block as Philip K. Dick. He began working for Locus in 1998, as one of the youngest reviewers to work at the magazine, and returned as a contributing editor after a hiatus in Egypt and the UK. His most recent work has been published in Nature Magazine, Strange Horizons, PS Publishing, Apex, Shoreline of Infinity, and Futures 2 (Tor). One of his short-stories – “Cael’s Continuum” – was nominated for a Reader’s Choice Award at Tor.com. His non-fiction work and various interviews have appeared in publications such as Nature Magazine, New York Review of Science Fiction, and Bull Spec. He is a regular contributor to Nature and currently lives in Japan, where he is working on several new projects, including a book of illustrated stories with Yoshika Nagata.

"A fantastic mix of styles and approaches to the post-apocalyptic themes. I highly recommend Out of the Ruins to readers looking for thoughtful and touching short stories." - Fantasy Book Critic