Can Medicine Be Cured?: The Corruption of a Profession (Paperback) 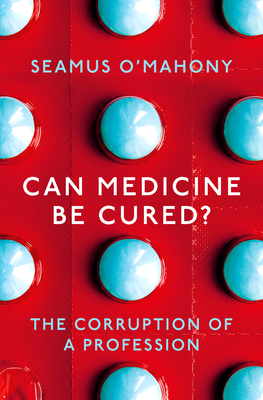 Can Medicine Be Cured?: The Corruption of a Profession (Paperback)


Title unavailable, please email for information.
A fierce, honest, elegant and often hilarious debunking of the great fallacies that drive modern medicine. By the award-winning author of The Way We Die Now.

Seamus O'Mahony writes about the illusion of progress, the notion that more and more diseases can be 'conquered' ad infinitum. He punctures the idiocy of consumerism, the idea that healthcare can be endlessly adapted to the wishes of individuals.

He excoriates the claims of Big Science, the spending of vast sums on research follies like the Human Genome Project. And he highlights one of the most dangerous errors of industrialized medicine: an over-reliance on metrics, and a neglect of things that can't easily be measured, like compassion.

'A deeply fascinating and rousing book' Mail on Sunday.

'What makes this book a delightful, if unsettling read, is not just O'Mahony's scholarly and witty prose, but also his brutal honesty' The Times.

Seamus O'Mahony spent many years working for the National Health Service in Britain. He now lives in his native Cork, in the south of Ireland. His acclaimed first book, The Way We Die Now, was published in 2016, and has been translated into Swedish and Japanese. It won a BMA Book Award in 2017. Can Medicine Be Cured?, his sharp and witty critique of the medical profession's great fallacies and wrong turnings, has so far been translated into three languages.