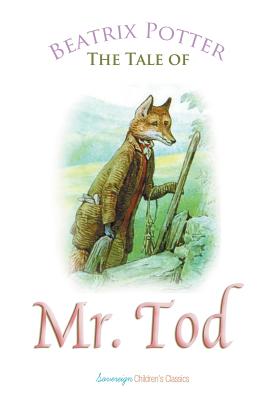 This is a story about two disagreeable people, called Tommy Brock and Mr. Tod. Nobody could call Mr. Tod nice. The rabbits could not bear him; they could smell him half a mile off. He was of a wandering habit and he had foxey whiskers; they never knew where he would be next. One day he was living in a stick-house in the coppice, causing terror to the family of old Mr. Benjamin Bouncer. Next day he moved into a pollard willow near the lake, frightening the wild ducks and the water rats.

Beatrix Potter was an English author, illustrator, and natural scientist. Her imaginative children's books feature many natural animals that can be found in the British countryside. She is credited with preserving much of the land that now comprises the Lake District National Park. Beatrix Potter's Peter Rabbit story is among the most popular children's stories worldwide.