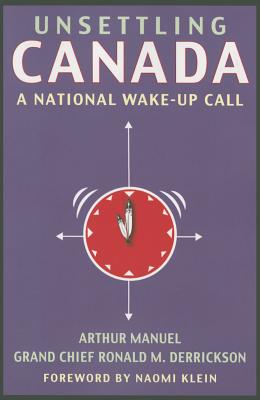 As the son of George Manuel, who served as president of the National Indian Brotherhood and founded the World Council of Indigenous Peoples in the 1970s, Arthur Manuel was born into the struggle. From his unique and personal perspective, as a Secwepemc leader and an Indigenous activist who has played a prominent role on the international stage, Arthur Manuel describes the victories and failures, the hopes and the fears of a generation of activists fighting for Aboriginal title and rights in Canada. Unsettling Canada chronicles the modern struggle for Indigenous rights covering fifty years of struggle over a wide range of historical, national, and recent international breakthroughs.

Arthur Manuel has participated in the United Nations Permanent Forum on Indigenous Issues since its inception in 2002. Since 2003, he has served as spokesperson for the Indigenous Network on Economies and Trade (INET). Working through INET, Manuel succeeded in having the struggle for Aboriginal title and treaty rights injected into international financial institutions, setting important precedents for Aboriginal title and rights in Canada.Manuel is a member of the board of directors of the Seventh Generation Fund for Indian Development and a spokesperson for the Defenders of the Land, an activist network aligned with the Idle No More movement.