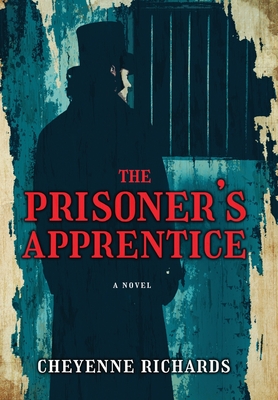 Discover the award-winning novel based on the shocking true story.

Albert is a bright boy-a quality much despised in 1846 Ithaca, a gritty town at the edge of New York's frontier. Desperate to belong, he fails repeatedly to prove himself worth his salt, until a captivating stranger offers a new future-that of a respectable scholar in New York City. His new mentor, however, is Edward Rulloff, an accomplished physician, lawyer, linguist fluent in 27 languages-and serial killer.

Soon caught up in an epic test of loyalty and betrayal, Albert must wrestle with the meaning of justice, and decide for himself whether Rulloff is a genius or a madman-all while trying to survive his thrilling, shameful, and dangerous adventures.

Based on the true story that riveted the 19th-century world, THE PRISONER'S APPRENTICE won the 2022 IRDA Historical Fiction Award, was an Eric Hoffer Finalist, and was awarded an Indie BRAG Medallion. A must-read for anyone who enjoys Erik Larson, Lindsay Faye or Robert McCammon.