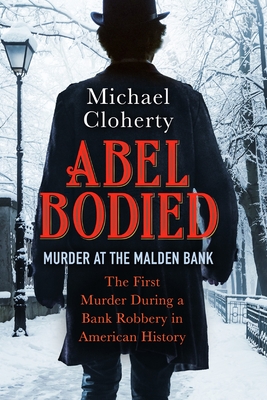 If I were to ask you where the first bank robbery murder took place in the United States, your mind would naturally travel to the Old West. But the first murder during a bank robbery actually occurred in Malden, Massachusetts on December 15, 1863. And the perpetrator was far from a famed gunslinger. However, he was someone just as dangerous - a desperate opportunist. At the time, Malden, a few miles north of Boston, was an idyllic, growing town. The battlefields of the Civil War, where able-bodied men were dying by the thousands lay distant. The town seemingly outside the reach of such violence. Edward Green, postmaster of Malden, lived far beyond his means and mismanaged the funds for which he was responsible. A newlywed with a child due in mere days, he sought out any solution he could find to solve his debt, retain his position and provide for his family. Frank Converse, aged seventeen, was the bank teller across the street. The youth was alone in the bank, a pile of cash in plain view. The temptation to solve his problems all at once was too strong for the postmaster to resist. He shot Converse twice and stole the money.I have framed this story as an analogy of Cain and Abel. The murderer and his victim, although not related, were reported to be the closest of friends. William Shiloh was born a free man in Delaware but by the end of the 1850's, he was not certain he would remain one much longer. He fled north with his growing family to Malden and opened a barbershop, along Pleasant Street, catering to the affluent men in the town. From his windows, William could witness all that transpired in Malden Square - although he was barely seen by the townsfolk he observed.Life was difficult, but William remained optimistic that it was improving day by day. That hope was obliterated by dread the morning Frank Converse was found shot and the bank robbed. Being the only one who held the knowledge that Edward Green was the last person to exit the bank before the crime was discovered, William suspected that the postmaster was the villain and that belief would only continue to grow.In many ways, William Shiloh is the heart and soul of this novel. A righteous man, yet a reluctant witness. He fears the townsfolk won't believe him for the mere fact that he is not one of them. He is an outsider. The color of his skin also makes him worry that an accusation directed toward a white man as the criminal might instead fasten the guilt squarely upon himself.The fact that Edward Green committed murder in broad daylight terrifies William. William's main priority, as it has always been, is to keep his family safe and the best way to accomplish that, he believes, is to not bring any undue attention on to himself. Yet his conscience struggles with the dilemma of what is safe for him - and what is just for the family of the murdered Converse boy and the frightened people of the town.