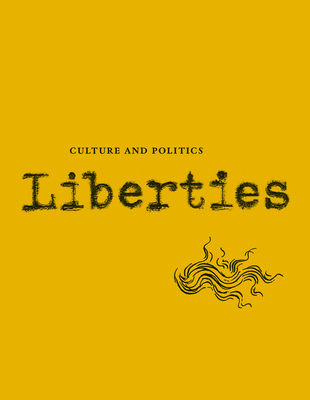 
Available to Order - Usually Arrives in Our Store in 4 to 7 Days
"A Meteor of Intelligent Substance""Something was Missing in our Culture, and Here It Is""Liberties is THE place to be. Change starts in the mind."
Liberties, a journal of Culture and Politics, is essential reading for those engaged in the cultural and political issues and causes of our time.
Liberties features serious, independent, stylish, and controversial essays by significant writers and leaders throughout the world; new poetry; and, introduces the next generation of writers and voices to inspire and impact the intellectual and creative lifeblood of today's culture and politics.
This issue of Liberties includes: new work from Nobel Prize winner Mario Vargas Llosa; drawings by Leonard Cohen published for the first time; Mamtimin Ala's essay on China's genocide of the Uyghurs; Jaroslaw Anders' analysis of the crisis in Belarus; Cass R. Sunstein on liberalism inebriated; Richard Thompson Ford on what slavery does and does not explain; Sean Wilentz on the historical strategy of the Republican Party; Benjamin Moser writes about translation as a form of tourism in literary life; Jonathan Zimmerman on the scandal of college teaching; Mark Lilla on cults of innocence and their victims; Helen Vendler on Adrienne Rich; Holly Brewer on race and enlightenment; David Thomson asks, What shall we watch now?; Celeste Marcus (managing editor) on the legend of Alice Neel; Leon Wieseltier (editor) on Zionism's beautiful stubbornness of survival; and new poetry from Ange Mlinko and Shaul Tchernikhovsky, translated by Robert Alter.

Leon Wieseltier is the editor of Liberties.Celeste Marcus is the managing editor of Liberties.Mamtimin Ala was born in East Turkistan in 1971. He is the author of Worse than Death: Reflections on the Uyghur Genocide.Richard Thompson Ford teaches law at Stanford University and is the author of The Race Card: How Bluffing About Bias Makes Relations Worse.Mario Vargas Llosa won the Nobel Prize in Literature in 2010. This essay was translated from Spanish by Adrian Nathan West.Jaroslaw Anders is the author most recently of Between Fire and Sleep: Essays on Modern Polish Poetry and Prose.Sean Wilentz is the George Henry Davis 1886 Professor of American History at Princeton University and the author of The Rise of Democracy: Jefferson to Lincoln and No Property in Man: Slavery and Antislavery at the Nation's Founding.Ange Mlinko teaches English and Creative Writing at the University of Florida. Her new collection of poems, Venice, will appear next year.Benjamin Moser is a writer and translator living in Amsterdam. His most recent book is Sontag: Her Life and Work. Jonathan Zimmerman is a Professor of History of Education at the University of Pennsylvania. His new book Free Speech: And Why You Should Give a Damn was published this year.Leonard Cohen the poet and songwriter died in 2016.Cass R. Sunstein is the Robert Walmsley University Professor at Harvard Law School and the author most recently of Liars: Falsehoods and Free Speech in the Age of Deception. Mark Lilla is Professor of Humanities at Columbia University. He is the author of The Stillborn God and The Once and Future Liberal.Helen Vendler is the A. Kingsley Porter University Professor Emerita at Harvard University and the author of many books on poetry.Holly Brewer teaches history at the University of Maryland and is the author of By Birth or Consent: Children, Law and the Anglo-American Revolution in Authority.Shaul Tchernikhovsky was a renowned Hebrew poet and translator. He died in Jerusalem in 1943. Robert Alter is professor of Hebrew and Comparative Literature at the University of California at Berkley. David Thomson is the author of many books on film, most recently A Light in the Dark: A History of Movie Directors.