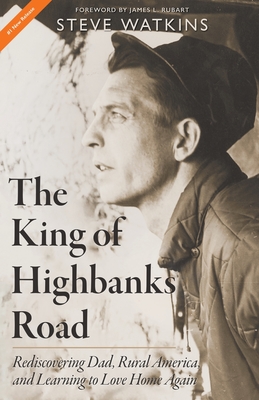 What is a normal life, anyway?

Perfect parents, who never argued or made a mistake? Some 2.2 perfectly behaved children who magically morphed into honor students, then doctors and lawyers with no problems, or nary a regret? All this, evolving from the safety of some picket fence inside the boundaries of which never a harsh word was spoken?

How far back must you go in your family before hitting grief or hurt?

Steve Watkins never knew what to call it, but he knew something about growing up on a small rural farm in the 1980s felt different. Something strange and out of the ordinary.

Somewhere along the way, someone called it the U.S. Farm Crisis, and the label stuck. One psychologist who counseled widow after grieving widow called it a wrecking ball that blindsided rural America. Another academic described it simply as "ungodly hell."

Watkins infuses humor with transparency and a delightful tale of rural America as he recounts a quest for self-discovery, purpose, and the surprise reward of learning to love home again.