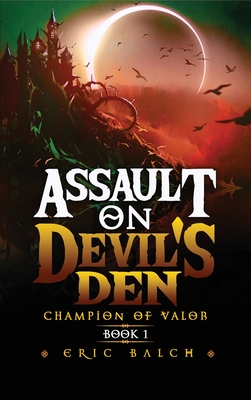 Pelagius, servant of Ender, god of valor, is haunted by his recent and brutal battles. He is tired, battle-weary, and ready to put down the mantle of hero. Seeking a reprieve from the nightmarish memories of his endeavors, he and his companion, Bojan, rest in a small hamlet. However, it seems as though the once-proud hero can never be free from danger.

During his stay, he and Bojan witness a terrible magical attack. The mysterious Green-Eyed Man uses dark magic that steals the very souls of its victims.

Realizing that the source of the Green-Eyed Man's power is none other than the soul-devouring Babu, Pelagius knows there is only one thing he can do. He must infiltrate the fortress of Devil's Den and kill Babu once and for all. But to reach him-let alone stand a chance at defeating him-they must fortify themselves with a company of heroes from all over the kingdom of Waskan and beyond.

Will Pelagius and Bojan be able to unite a band of diverse heroes to try and conquer evil? Or will a series of unforeseen obstacles along their way stop them before they can take a stand in Devil's Den?