The Fields of Bentonville (Paperback) 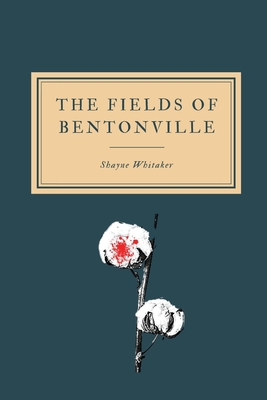 The Fields of Bentonville (Paperback)

After being knocked unconscious during a violent robbery, a promising but troubled youth awakens to find himself in 1864 North Carolina, months before the Battle of Bentonville.

Before tragedy and peer pressure drove him astray, Douglas Timmons was a bright student and adoring son. One morning he wakes to find himself transported to the Civil War South. Sold into slavery, Doug is subjected to the wrath of a cruel overseer. Doug exists in a world where malice reigns and mercy is but a dream. He witnesses families torn apart, slaves young and old beaten, and the dreadful cost of hatred. As he seeks to find his way home across a chasm of time, Doug learns the value of friendship, the miracle of hope, and the power of forgiveness. However, each passing day puts his survival in jeopardy.

The Fields of Bentonville is a story that asks the reader to remember the tragedies of the past, acknowledge the progress of today, and imagine the possibilities of the future.