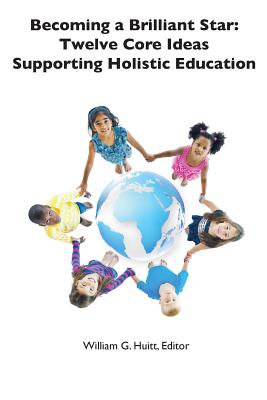 What does it take to be successful as an adult in the 21st century? Exactly what does success mean? Financial wealth? Career achievement? Inner peace? Developing one's potential to the fullest? How should social institutions such as the family, the school, religious organizations, or the community guide the development of the knowledge, attitudes, and skills necessary for success? These are important questions that are the focus of discussions not only in the United States, but around the world. With the rapid changes that have become commonplace throughout the 20th century, these questions have become increasingly difficult to answer.

This book suggests ways of dealing with this seeming conflict from the perspective of science. There are those who advocate that science should be the sole source of information about human nature and potential. The position taken by these authors is not that science is the only lens through which reality must be investigated nor the sole arbiter of truth. Rather the advocacy is that science has provided extensive information regarding the material or physical aspect of being human that is useful to parents, educators, and policy makers about how to define and develop human potential. Knowledge derived from other sources such as religious scripture, philosophy, and the arts must be integrated with this information to create a truly holistic vision of human potential.

The Brilliant Star framework was developed for the purpose of organizing what is known about human potentials that can be influenced by learning, especially in structured contexts such as schools. A major influence on this approach is Gardner's conceptualization of multiple intelligences. However, Gardner's approach focuses on intelligences that meet certain research criteria while the domains identified in the Brilliant Star framework are considered as potentials that are actualized through experience into competencies and capabilities. The framework was initially conceptualized in the early 1990s and the chapters of the book were written over a 15-year period beginning in 2003 and the chapters have been slightly edited and updated for inclusion in this book.

The purpose of the book is to contribute to the growing literature calling for a more holistic approach to developing human potential. A focus on a narrow range of academic competencies served humanity well as it entered and progressed through the industrial age. However, there is a need to provide a more advanced view of developing the whole person that has been the focus for most of human history. This book brings together in one place various articles that have been available to parents and educators separately for many years.