The Jw Bible: Perversions and Prejudices of the New World Translation (Paperback) 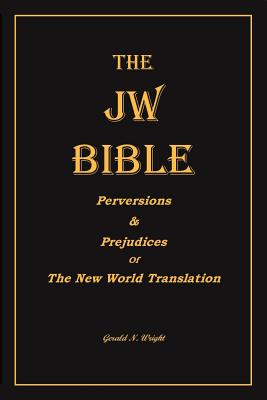 The Jw Bible: Perversions and Prejudices of the New World Translation (Paperback)

The Bible -- as found in the extant ancient manuscripts in the original languages (Hebrew and Greek) and in Standard Bible Translations like the King James and American Standard Versions -- has proved to be an accurate and reliable document for thousands of years. Yet, in spite of the Bible's tried and true trustworthiness -- as well as the Bible's own warnings against "adding to, subtracting from and changing its words" -- there are still churches, cults and denominations that have sought to change its words and teachings to support their own peculiar sectarian beliefs by updating them with their allegedly inspired encyclicals, bibles and bible versions. THE JW BIBLE is a prime example of this scriptural fraud, and its false translations are EXPOSED IN THIS BOOK.